Following a plethora of rumors and leaks, Activision confirmed the prospect of an all-new Modern Warfare title back in May. Since then, Call of Duty Modern Warfare news has been running rampant.

Additional information has since emerged reaffirming that rather than a sequel to the iconic series, the game will be a ‘soft reboot’ featuring elements from past Modern Warfare titles. And if that’s not enough, Infinity Ward has built it on an entirely new engine.

Borrowing the ‘Modern Warfare’ name from one of the most beloved installments within the franchise, Activision has a lot to live up. Unlike Call of Duty 4, the upcoming iteration, courtesy of developers Infinity Ward, is set to be “an epic reimagining of the iconic Modern Warfare series from the ground up.”

The title has generally been acclaimed from the community thus far following a host of Modern Warfare trailers, but will that remain the case after launch? Activision has confirmed that the game will have “the largest post-launch content pipeline in history,” so it could well be.

The Season Pass is set to make no appearance in the next installment, a decision that has come to the pleasure of many. So much so, Activision has been heavily emphasizing the decision by confirming that an array of free DLC maps are on the horizon.

However, after witnessing the launch of Black Ops 4, there have been concerns as to whether or not Modern Warfare will be overloaded with Microtransactions. This has essentially caused some players to remain resistant to the reboot.

Nevertheless, fans will get a taste of what’s in store with the Modern Warfare Beta, starting first for PS4 on September 12. Infinity Ward has confirmed that the Beta will allow players to get hands-on with the traditional Multiplayer mode.

The second weekend for the Beta will feature Cross-Play, allowing PS4, Xbox One, and PC users to play together. The full Modern Warfare schedule can be found below.

All PlayStation Plus or Xbox Live members will be granted access. Those who pre-order the game can get their hands on it early, however.

In order to receive early access, your retailer must send out a code. This can then be redeemed via the official Call of Duty Modern Warfare Beta sign-up page.

Following suit from Treyarch’s Black Ops 4 launch, Modern Warfare is also set to release in October. This time, however, it will arrive towards the end of the month on October 25th, 2019.

It will be available on PS4, Xbox One, and PC. The prospect of additional platforms such as the Nintendo Switch and Google Stadia seems like a long shot, although Activision is yet to comment on the matter.

The Modern Warfare Campaign is set to embolden the gruesome and controversial experience Infinity Ward has on offer. Many have compared it to MW2’s ‘No Russian’ mission.

There have been several reports of a removed mission due to controversy, although Infinity Ward devs have debunked these. In fact, they took the opportunity to reaffirm that nothing is being censored either.

Rather than the Multiplayer and Co-Op portions of Modern Warfare, it seems as if the Campaign has been acquiring all of the media attention so far.

The upcoming iteration features an array of familiar faces. In fact, in an interview with Game Informer, Infinity Ward has confirmed that many of which are “new, re-imagined version of those characters.” Essentially, they might not appear as you remembered them.

The classic Call of Duty Multiplayer experience is back. It’s boots on the ground and was built on a new engine, in addition to featuring aspects from the nostalgic Modern Warfare series.

As a hardcore Call of Duty fan, there’s nothing more you can ask for, right?

Modern Warfare Multiplayer is set to almost feature the most number of modes ever within the franchise, ranging from shorter player counts such as 2v2 to Ground War filled with over 100 players.

It appears as though a Modern Warfare Battle Royale mode is also on the horizon, following a new rumor.

The controversial, yet popular mode is rumored to be coming to the game for free as post-launch content in early 2020. Apparently, it will be downloadable as a separate game, as well as connected to the core game.

Although rumors and leaks should usually be taken with a pinch of salt, these have been corroborated by numerous industry insiders.

Although details have generally remained under wraps thus far regarding the Modern Warfare Co-Op, Infinity Ward confirmed at E3 2019 that the mode will be extremely reminiscent of Spec Ops.

Some of the finer details are currently unknown, while the official Call of Duty website states “Intense squad-based missions will be revealed soon.”

While Activision has stressed how much post-launch content is on the horizon, we can expect there to be several Modern Warfare updates over the course of the next year.

Many of which will introduce new additions, rather than just the usual abundance of bug fixes.

If the previous Call of Duty titles are anything to go by, Modern Warfare servers will most likely undergo a few issues every now and then.

Sometimes it can be purely down to the fact of too many players attempting to play the game at once, which would usually be the case at launch. Other occurrences can be due to an issue of Activision’s behalf.

Here at VG Sources, we have a live Modern Warfare servers down status for when the title launches, in addition to articles on potential ways to fix the errors.

Although there’s a clear and noticeable difference with Modern Warfare, it does somewhat resemble CoD 4, MW2 and MW3.

The new engine alongside other aspects provides a more realistic feel to the series, while today’s technology allows players to experience the nostalgia in 4K.

Infinity Ward has also put a spin on the Call of Duty franchise, with the traditional Mini-Map currently being left behind. While we aren’t entirely resistant to the decision, it can slow down the pace of matches. That said, it also emboldens the realistic feel Modern Warfare offers.

Maps often play a fundamental role in defining a Call of Duty game’s success. Thankfully, Modern Warfare has large variety up for grabs, including close quarters and colossal maps.

Additionally, night maps have also made their way into the game, which requires players to use NVGs.

Here’s a look at the Modern Warfare maps list so far.

Most interestingly, Infinity Ward’s art director has danced around the subject of Call of Duty 4 map remakes making their way into the game. This occurred during an interview with Game Informer, where they didn’t explicitly deny the prospect, but nor did they confirm it.

In addition to several new ones, many Modern Warfare weapons have also appeared in previous Call of Duty games.

Players can either stick with the Standard edition or if you’re looking for something a little more expensive, then spend a whopping $200 for the Dark Edition which comes with a beautiful pair of Night Vision Goggles.

All of the editions to be announced thus far have been listed here.

Further MW details can be found on the official websites, including the publishers and developers of the game. 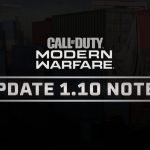 Daniel Cotton - 3rd December 2019
0
Infinity Ward has released a new update in Call of Duty Modern Warfare on PS4, Xbox One and PC. The latest patch... 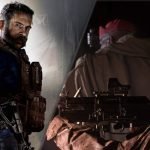 Daniel Cotton - 25th November 2019
0
Activision's Call of Duty Modern Warfare title is back at the top, following a plethora of new changes to the game. GamesIndustry.biz... 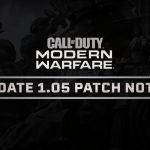 Daniel Cotton - 28th October 2019
0
With Modern Warfare now available worldwide, Infinity Ward has released a new update on PS4, Xbox One, and PC. Given the time,... 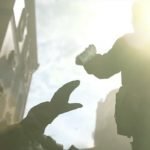 John Esposito - 16th October 2019
0
Preloading for Call of Duty Modern Warfare is now live on Xbox One if you pre-ordered digitally, Activision has confirmed. Those who... 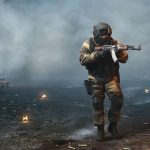 Daniel Cotton - 12th October 2019
0
As we get ready for the launch of Modern Warfare, it appears as though the Xbox Store has revealed its release time.... 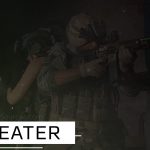 Daniel Cotton - 11th October 2019
0
Good news if you're hoping Modern Warfare will be getting its own Theater mode. In some of the latest Call of Duty... 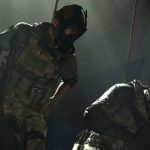 Daniel Cotton - 6th October 2019
0
Modern Warfare leaks just keep on surfacing. As we gear up for its launch later this month, Infinity Ward is still yet... 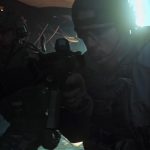 Daniel Cotton - 3rd October 2019
0
The launch of Call of Duty Modern Warfare is almost upon us, though it appears the entire weapon list has already been... 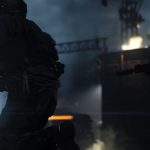 Daniel Cotton - 29th September 2019
0
The Modern Warfare Beta has now come to an end, though during its availability partners of VG Sources discovered upon the Multiplayer... 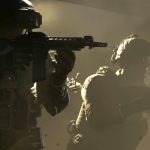 Modern Warfare Loot Boxes Will Be Cosmetic Only, Claims Rumor

Daniel Cotton - 29th September 2019
0
It seems as though the Modern Warfare rumor mill has been running rampant as of recently. The latest rumor claims loot boxes...
Load more