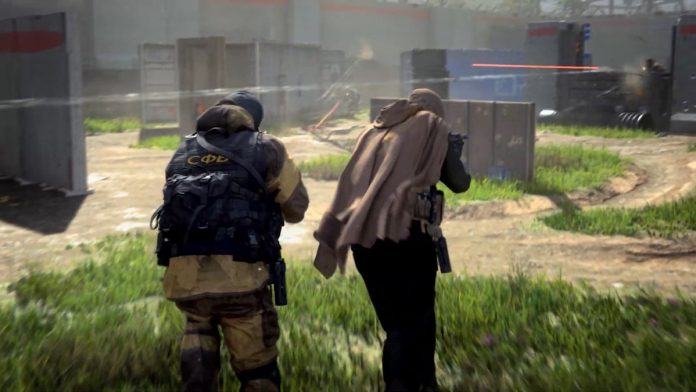 Infinity Ward recently took the community by storm with a surprise Modern Warfare two-vs-two Alpha announcement during the opening night of Gamescom 2019. New information has since emerged, unveiling exactly when players will be able to pre-load the Alpha.

Activision has updated the in-game message of the day (MOTD) on MW Remastered. As players were quick to point out, the message reads that all PlayStation 4 will be able to start downloading the Alpha on Thursday, August 22 at PDT / BST.

The FREE download starts at 10am on August 22nd

In a since-deleted tweet, Activision Support confirmed prior to this that pre-loading will indeed begin on Thursday. An exact time remained to be seen.

On the contrary, Activision Blog states “preloading scheduled to be available in the hours prior to the official launch.” The mention of different times is understandably misleading for fans. But the in-game is most likely the most reliable of these, considering it’s only just been updated.

Bear in mind, players will have to wait until August 23rd until they can begin playing the game, although pre-loading before will allow players to get hands-on as soon as it’s available. Perhaps Infinity Ward will launch the Alpha a few hours early – but that’s far from confirmed.

Gunfight provides a different approach to the Call of Duty franchise. With the exception of key elements such as the Mini-Map, players are more inclined to rely on tactics, rather than running out in the open.

others have remained resistant to the mode, some are looking forward to getting their hands on it. Nevertheless, it’s important to note that this is merely a fraction of the full MP experience.

The Gunfight 2v2 Alpha is set to launch on August 23 at 10am PDT. All PlayStations users will receive access, regardless of their PS Plus status. That’s not all Infinity Ward has up their sleeve, though. A Beta is also set to take place the following month, starting first on PS4 on September 12.