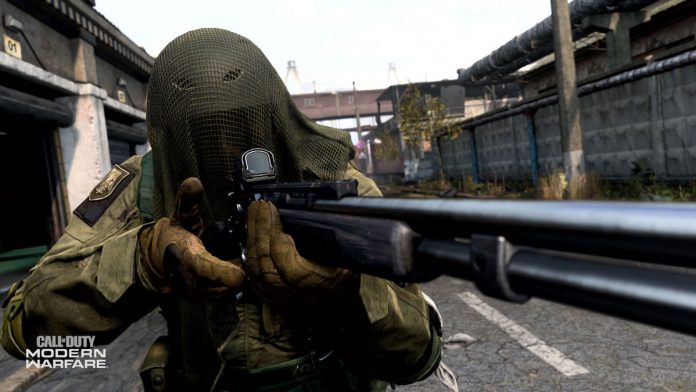 Although we’re in the beta stages for Modern Warfare, developer Infinity Ward has packed its project full of Easter eggs. Fans are taking notice and putting their heads together to discover what’s hidden.

Reddit user u/stillgunasend1t took to the site to share an awesome discovery. On the tactical equipment Stim Shot, there is a QR code. The code is fully functional, and upon scanning it, the code takes you to the Call of Duty Endowment.

Founded in 2009, the Call of Duty Endowment is a program that aims to help returning soldiers find jobs. To date, the program has put more than 57,000 veterans in jobs, and has an ambitious goal of reaching up to 100,000 by 2024.

This isn’t the first time the Endowment has been in a Call of Duty title. In Black Ops 4, the C.O.D.E (in-game name referring to the Call of Duty Endowment) Jump Pack was available as purchase for the Blackout mode. 100% of the proceeds went to the program, helping US and UK soldiers find jobs. There was also a “Night Raid” theme released on PS4 with 100% of the proceeds going towards the same cause.

As mentioned, this isn’t the first Easter Egg fans have discovered. During the Gunfight Alpha, players discovered a reference to the killer clown Pennywise from the IT movies. On the map Docks, a red balloon was seen in one of the drains that could be destroyed.

Be sure to keep your eyes out for any more hidden secrets. The second week of Modern Warfare beta testing started Thursday, September 19th, allowing for Cross Play between Xbox, PS4, and PC. The Beta ends on Monday, September 23rd at 10 am PT/ 1 pm EST.