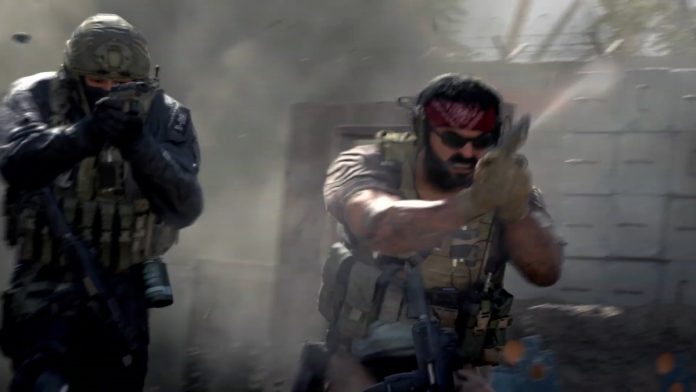 Eagle-eyed players have discovered upon a secret Call of Duty Modern Warfare easter egg, which appears to have connotations to the movie IT featuring Pennywise.

The revelation came to light following a new since-deleted Reddit post, which has gained its fair share of attention. It showcased a bizarre, random balloon floating within one of the drains on the recently added map Docks.

While some have remained extremely confused about the discovery, others have noticed that it seemingly resembles Pennywise’s balloon from the popular movie IT – especially considering it’s placed within a canal/sewer as well.

The balloon sometimes moves towards you, allowing you to shoot or melee it to make it burst. It’s evident the balloon usually spawns in a different place within the drain each round. For those who cannot see it, we recommend throwing a molotov in a bid to light it up.

Infinity Ward has clearly implemented this addition on purpose. In response to the Reddit post, official developer u/Jrbakerchee seemingly confirmed that this isn’t a coincidence.

A player found a PennyWise easter egg from r/modernwarfare

Unfortunately, though, you’re going to have to wait until the Beta to get a better look at it. Infinity Ward has now taken down the Modern Warfare 2v2 Alpha servers, wrapping up an incredible experience.

As of the time writing this, it’s unclear as to what else the easter egg entails. Perhaps Infinity Ward is hinting at a new character who somewhat resembles Pennywise. Maybe a special achievement will be awarded within the full game after bursting enough balloons. At this point, it’s anyone’s best guess.

Modern Warfare presumably features several more easter eggs, although this appears to be the only one to retrieve attention. Additional easter eggs remain to be seen thus far.