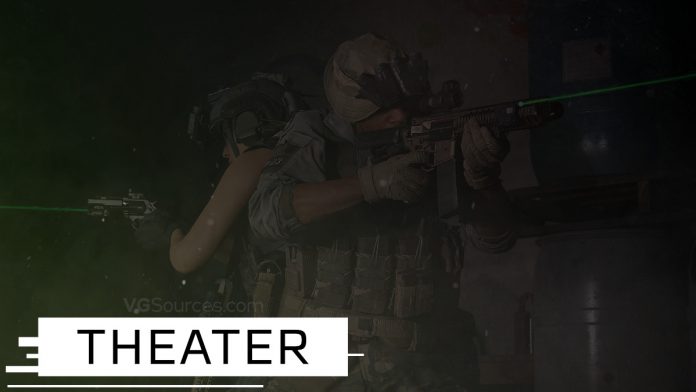 Good news if you’re hoping Modern Warfare will be getting its own Theater mode. In some of the latest Call of Duty installments, the fan-favorite feature is nowhere to be seen. That doesn’t appear to be the case for the upcoming iteration of the franchise, however.

As the Modern Warfare beta commenced on PC last month, data miners close to VG Sources have been able to obtain numerous leaks courtesy of the in-game files on PC. Recently, our sources have discovered upon several references towards Theater mode.

The feature has been listed in the files with the description “watching a replay in Theater mode.” VG Sources has cross-checked this leak with other data miners in our team, and can confirm the mode is referenced within the files. However, there’s no way to verify whether or not it’s included as merely a reference from MW3.

It should be noted that Infinity Ward is yet to confirm the prospect of Theater. Even though the in-game files are usually an accurate indication of what to expect, we should at least remain slightly skeptical.

Theater has often been renowned as a staple in the franchise, despite it making no appearance in both Infinite Warfare and WWII. It did, however, return in Black Ops 4 last year – located underneath the Specialist HQ on the main menu.

On the basis Infinity Ward confirm its return in Modern Warfare, fans will be delighted to see the feature make a comeback. Theater stores players’ footage from matches, allowing them to make edits and review their best moments later on.

These aren’t the only references partners of VG Sources have come across. The files also showcase a first look at the entire map, weapons, and modes list.